The film is certainly no stranger to the film. The film can be directly turned into a bag through the automatic packaging machine. Some customers have reported in the previous days that the nylon film roll has broken film during use, and the machine is stopped. The BOPA film face is neat and tidy. However, a localized resin-like transparent dry small adhesive attached to the end surface of the film film produces a sticky edge and causes a film breakage.

There is no chance in the nylon film production process to catch up with resin or adhesive substances. Where does this already dried sticky material come from? Whether the manufacturer's workers are not careful to stay on the film, because it is a long-term cooperation unit, it is recommended that the two parties find out the specific reasons. 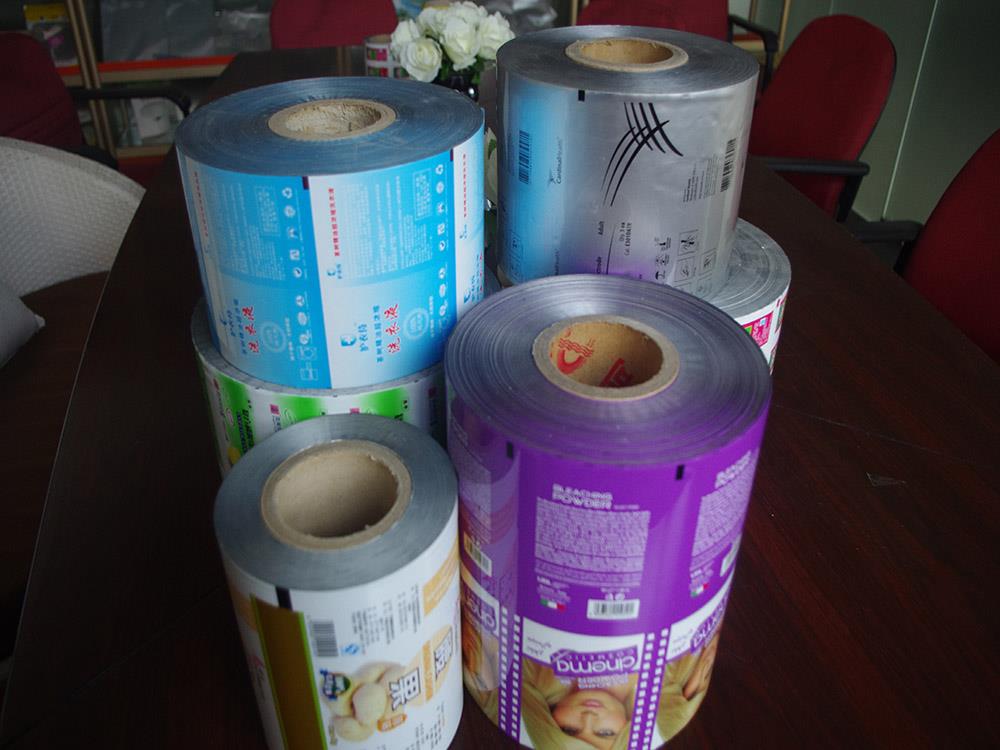 First, several reasons for the film breakage on the end face of the film:

The BOPA film belongs to a biaxially oriented film, and this type of film has a characteristic that the film has a high tear strength after being shaped by biaxial stretching, but the secondary tear strength is greatly reduced, as long as the slitting knife is left. Traces, nicks, or other film surface defects can easily tear under printing or compound tension. Generally, the transverse stretching force of the oriented plastic film is small. Once a small gap, a knife mark or a scratch is encountered, the film is easily broken by an external force, and the reason for the film breakage of the oriented plastic printing film roll is as follows:

1, severe error chromatography stack. The film slips during the winding process or the film width changes due to the phenomenon that the film is staggered on the end face of the film roll. This phenomenon is related to the slitting speed and is easily seen from the end surface table. If the wrong layer is too large, it is easy to produce a transverse pulling force without causing a rupture.

2, the end face is injured. Such as scratches, bumps, the cutting knife is not sharp, resulting in a jagged knives or other surface faults, etc., through the external tension to produce a broken film.

3, the quality of the film itself, tensile and breaking forces are small; or a large number of film surface additives on the surface of the floating film is particularly rough, the friction coefficient is too large, the tension is unbalanced to produce a broken film, or the film surface is attached with a larger crystal point plasticized Wait for foreign matter.

4. Reasons for equipment or production process.

The occurrence of a viscous edge breakage rarely occurs in the white roll film, because the probability of encountering the stickies in the film production and printing process is substantially absent. The so-called sticky edge is generally in the dry compounding, the plastic film is coated and glued, heated and dried by the drying tunnel, and then rolled by the hot-pressed steel roller to wind up, and the two sides of the finished product are stuck together. After the winding finished product has a sticky edge failure, the film layers are tightly bonded at both ends of the winding material, which will cause a problem of separation of the finished film. Especially when using two-component two-liquid reaction type adhesive, it is most likely to rise up. When it is severe, the composite product is broken, pulled and deformed, and the product is scrapped.

Membrane manufacturers and membrane manufacturers have not found any practical clues from the production process, on-site record, inventory and other goods in the same period. Only in the classification and record, there is a broken film model. There is no bad feedback on the film roll produced before and after the blade change. Later, there was a manufacturer's feedback that there was also a sticky film and a broken film when the white film was printed. After searching, the two broken films are in the unified uniform station, and the cutting is only different for the shift.

Therefore, it is possible to narrow the range of the film breakage and the generation of the adhesive edge to the film slitting process to find the cause.

Whether the large crystal point produces a broken film, because no real sample is left, only a small amount of transparent sticky material is sent for detection, and the result is found to be a nylon particle material. After analysis, if the crystal point does not rise at the same time in the uniform slitting station, unless there is a defect in the melt extrusion die. It is found that large crystal spots or plastics are not found in the same position at the current production of large films. In the analysis of the discussion with the employees, an old employee provided a very useful clue that sometimes the cut ends were found to be hot and sometimes hot. If the film surface feels hot, the film will be softened. If there is an external force, the film edge adhesion will occur, but whether the film will break or not depends on the degree of bonding and use. The residual heat of the membrane will not be too hot, then where do you find the source of fever?

The slitting machine has a concave keyway for controlling the slitting width to place the slitting knife, and the septum is separated by 5 mm. When the blade is changed, the blade is placed close to the block, and the slit film is quickly operated to rub, and the heat is long. The greater the accumulation, the softer the interlayer film of the slit end face, and the external force acts to form the end face along the adhesive state, resulting in a viscous edge breakage. The adhesive edge film that the customer feedback is just for this reason. The adhesive material reflected by the customer is that several layers of nylon film are stuck together. Because the end face is formed, it is not easy to be found. Firstly, the blade inserting blade process is not standardized. The blade is not installed in the middle of the concave key groove to dissipate heat, so that the blade and the groove wall are too close to each other to generate a large amount of heat source to make the film edge. Softening, more importantly, after the roll film is unloaded, the package is pressed immediately under the condition that the film surface is still hot (for example, the film is pressed by the hot edge film, so the white film is rolled and the edge is stuck. This type The probability of failure is very small, but it has still occurred, so it is proposed for reference.